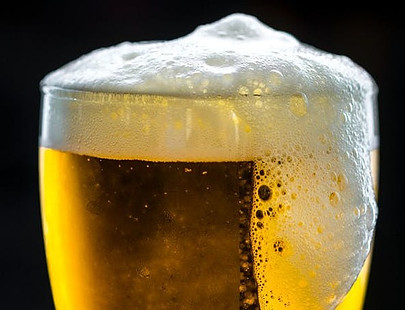 If you are over the age of thirty, your body is not as good as getting rid of toxins as it used by be.  In this article I am going to discuss foods not to eat after 30 and why you should do your best to either eat less of them or avoid them altogether.

Foods Not To Eat After 30

As we age, our metabolism slows down the ability to process sugar also slows. This is why we get wider as our body deposits the extra calories onto the hips, stomach and other convenient fat storage areas around our bodies.

Excess sugar leads to insulin resistance and can also contribute to infertility.

Ladies did you know that sugar actually accelerates wrinkles and sagging of the skin which is an even better reason to give it up. 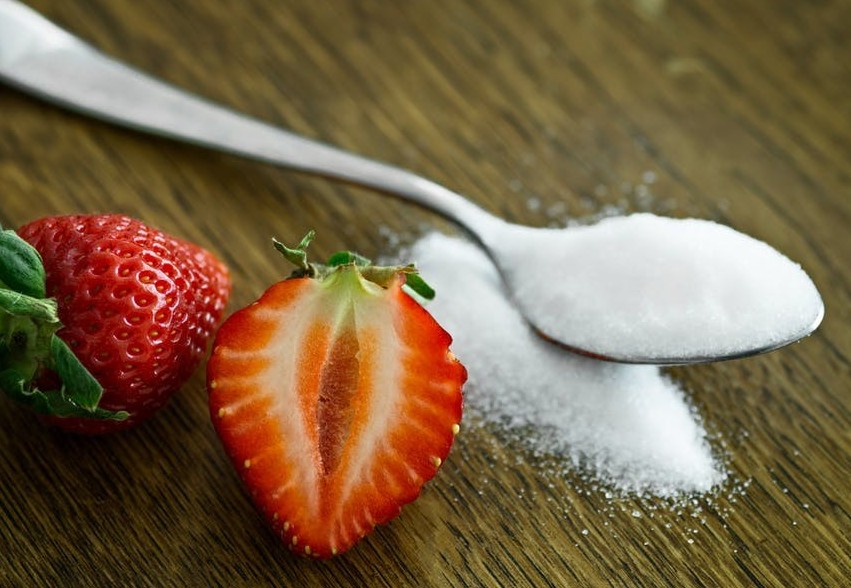 The problem is that sugar hides in so many of our food sources and in almost every processed food out there. Dannon’s Fruit on the Bottom flavored yogurt line, for example, has about 24 grams, which is an entire day’s worth of sugar in each 6-ounce container. That’s more sugar than you’d find in an entire bag of Dark Chocolate Peanut M&Ms;!

If you think that artificial sugar may solve all your problems you are wrong again. Artificial sugar simply confuses the body as it is calorie-free and our body cannot thus regulate hunger. If you have artificial sweeteners it may lead to your body producing insulin it doesn’t need and cause a rise in your glucose levels. These factors contribute to things like fat storage, type 2 diabetes, metabolic syndrome, and cardiovascular disease.

Use of artificial sweeteners has been linked to cancer in the past.

Think about this when you order your next milkshake. If you drink a large Chocolate Chip Cookie Dough Milkshake and you’ll devour 42 Chips Ahoy cookies worth of sugar and almost a half-pound worth of calories. Instead, opt for a protein shake or smoothie that you can make at home with wholesome ingredients like dates, cacao nibs, and a rich protein powder that can help you feel satiated without adding more fat around your waistline.

Did you know that coffee creamer and sunblock both have an ingredient called titanium dioxide, which is what gives them both that nice white color?

This chemical causes liver and tissue damage in mice. Because creamers are made of trans fats, they are hard on the joints, heart, brain function and on your aging hormones. Your 30 plus body needs all the support it can get so try not to use coffee creamers.

The problem with alcohol is that is is full of calories and your 30 plus body can’t burn off those extra calories as quickly as it used to.

If you are a beer drinker, this beverage spikes your insulin levels. Even though too much alcohol may knock you out, the problem is that you won’t stay asleep and it will keep you awake later into the night. Sleepless nights lead to carb and sugar cravings the next day, which can contribute to further weight gain.

Besides helping you to gain weight, you will have sugar cravings the next day and may overdose on coffee.

As we get older, our bodies can’t metabolize alcohol as efficiently as when we were younger, and drunk junk food cravings become a lot harder to ignore.

What’s more, alcohol sucks the moisture out of your skin, which temporarily makes fine lines more noticeable and, over time if you continue to drink excessively, causes the skin to lose elasticity and form wrinkles.

Think about this. As a plant grows, it uses the nutrients to grow. The plant doesn’t care where the nutrients come from. Produce can be high in pesticides or pesticide residue. The fear is that pesticides will settle out in your body and be toxic.

Non-organic food is sprayed with wax and other preservatives as well. You probably really don’t need to eat these along with your daily apple.

The problem here comes in is because soy oils and filler is found in just about everything. For a while, soy seemed like a miracle food, but over the years, further research has cast doubts.

Soy may stimulate breast cancer cells and memory problems. Soy can also trigger headaches in some people. While soy is still being researched into further, it would be best to limit your soy intake.

For a busy 30-something, a prepared meal may seem like a blessing. However, a single serving often contains nightmare levels of salt, sugar, and fat.

Add in more chemical additives and you have a very unhealthy meal in front of you.

Prepared meals generally have less fiber, so they wear off quickly and thus make you feel hungry sooner.

They can contain more MSG to make food taste good!

Prepared canned food can be full of BPA and BPA  which cause hormonal imbalances, cancer, infertility, and weight gain.

Everybody needs salt, but not too much salt. Salt makes it onto our list of foods not to eat after 30 for the following reasons. 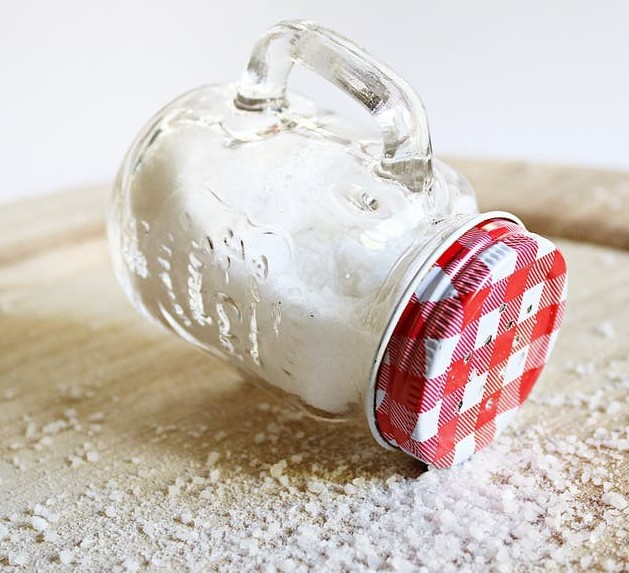 Have you ever noticed that after eating fast foods, your rings feel snugger?

This is because your body is diluting the salt and this makes you bloat. Too much salt will increase your blood pressure and your risk of having a stroke.

Because salt adds flavor, almost every canned food, processed food or a pre-prepared meal out there will contain lots of salt.

Some are worse than others, but Coke and Pepsi must be near the top of the list of things to avoid after 30. They are laced with potentially cancer-causing dyes and are the primary source of added sugar in the American diet.

If you are looking at starting a family all this extra sugar may negatively impact ovulation and has been linked to poorer sperm mobility.

Even drinks like Mountain Dew and Fresca could be just as bad as they are colored with brominated vegetable oil which is a chemical that is used in rocket fuel and flame retardants. This chemical has been shown to have negative effects on thyroid hormones and fertility, which is normally a primary concern of people in their thirties.

Brominated vegetable oil can contribute to internal inflammation, which has been linked to obesity. This should be enough information to put you off of carbonated drinks for life.

Butter is best if you must. Alternatives like margarine are usually made with partially-hydrogenated oils which is one of the most common trans-fats. This type is linked to heart disease and also accelerate the skin’s aging process by making the skin more vulnerable to ultraviolet radiation.

Once the skin is damaged by the sun elastin and collagen are broken down. Eating margarine can also cause chronic inflammation, which may also accelerate wrinkle formation.

Bad news for bacon lovers is that this breakfast food may make your skin start to sag well before your pension card arrives. 68 Percent of bacon’s calories come from fat, and almost half of that is the saturated variety. This contributes to weight gain and increases your risk of heart disease and stroke. Saturated fats also cause inflammation which can accelerate the skins aging process.

Bacon and other processed meats also have sodium nitrates in them, which enhances oxidative stress that can cause structural changes in collagen and elastin (the proteins that keep skin looking young), resulting in premature wrinkles.

If you are addicted to bacon, switch to the nitrate-free variety with less than 2 grams of fat and no more than 1 gram of artery-clogging saturated fat. Try not to eat more than two slices at a time.

Coming back to processed meat in general, even though it is considered the ultimate man food, having too much of it may take a toll on your sperm count.

A 2014 study published in the journal Epidemiology found an association between eating processed meats like salami and hot dogs and lower sperm count. And interestingly enough, the meat’s saturated fat content—a nutrient previous associated with poor sperm quality—wasn’t to blame. The study authors hypothesize that there’s something that happens during processing that’s detrimental to sperm quality—they’re just not quite sure what that is yet.

On the subject of meat, even barbecued or braai meats which are a summer staple, shouldn’t become a regular thing if you are concerned about your health.

Scorching steaks and other proteins over a high temperature over an open flame can produce heterocyclic amines and polycyclic aromatic hydrocarbons which are chemicals that have been found to alter DNA and increase your risk of cancer.

Popcorn is normally a healthy snack which is filled with energizing whole grains, but of course, this is only in it’s purest form. 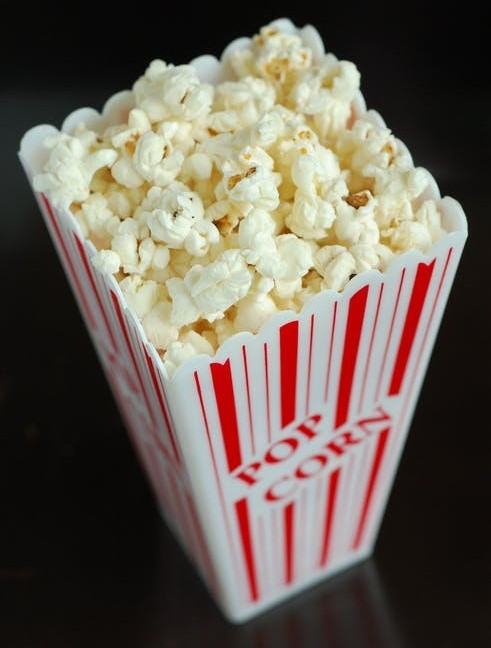 Once again the food industry has managed to transform something wholesome into something harmful for our health.

Most instant microwave popcorn and ready-made popcorn that we buy has up to five grams of artery-clogging trans fat per serving and this is more than double the government recommended daily limit.

Trans fats are particularly important to avoid as people age as the risk of heart disease increases.

Rather pop your own corn on the stove with some coconut oil.

Refined grains have been stripped of fiber and other good nutrients in order to render the white color and pillowy texture of white bread.

Watch out because these refined and processed grains are also very high-glycemic, which means that they cause your blood sugar to spike quickly. Consuming too many of these refined foods made with white flour can lead to metabolic diseases such as obesity and diabetes.

Try to swap out the white spaghetti, white bread, and bagels for things like chickpea pasta or sprouted bread.

Please feel free to add any thoughts you may have on foods not to eat after 30.

The Joy Of Retirement
What Is Sleep Definition Actually?
What Is The Most Important Relationship You Will Ever Have?