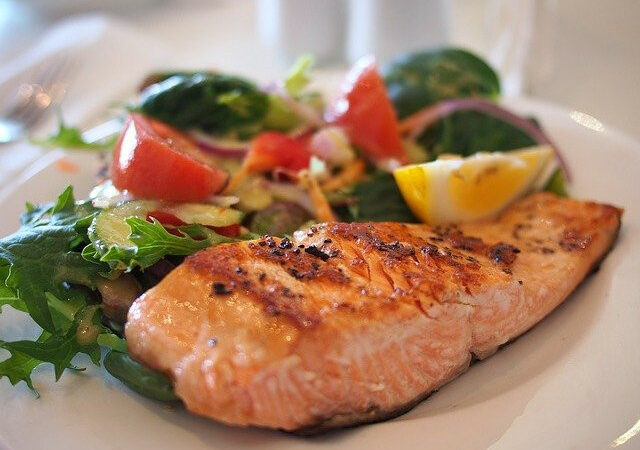 Let’s look at foods that boost your mood. The best part is that you can eat them without getting fat and most of them are very healthy for you.

Foods That Boost Your Mood

When You Are Sleepy 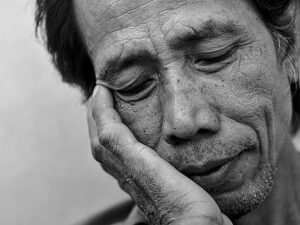 If you are not getting enough downtime at night, you will feel irritable, intolerant, depressed, and can even be forgetful. Although there are medical reasons for insomnia, your problems might just be at the table not in the bedroom. So here are some solutions to get more Zzzz’s.

Avoid coffee, tea, cola drinks, and hot chocolate for a few hours before bedtime. Did you know that even the trendy vitamin waters and coffee yogurts contain caffeine?

Rather switch to decaf or Postum. Trade your chocolate for carob and rather drink sparkling water instead of cola. You might feel bad for about 4 days if you are not used to this, but then you should start sleeping better and feeling more chipper. If you can’t handle it cold turkey, try cutting out the caffeine gradually.

A big meal can keep you awake at night while your tummy churns away at the overload. Rather eat a bigger breakfast and lunch and have a small dinner consisting of about 500 calories. Add a tiny low-fat low protein high carb snack such as a piece of fruit and some crackers, a small dish of sorbet, or a low-fat oatmeal raisin cookie to tap into serotonin’s soothing, drowsy effects.

Alcohol makes you feel sleepy, but too much too close to bedtime interferes with your important REM (rapid eye movement) sleep, the phase that leaves you refreshed.

Alcohol can also stop you from dreaming and can make sleep fitful, leaving you tired and crabby by morning.

Limit alcohol to one or two drinks with dinner, and have two alcohol-free hours before bedtime. If you need a night drink, have some calming chamomile or valerian tea, or a cup of warm milk and honey.

Have A Chicken Sandwich

Banana and sliced avocado or half a baked potato also work well.

There’s also some evidence that people who have a lower copper intake are more likely to have a hard time getting to sleep and feel less rested when they wake up.

When You Feel Down

If you are feeling low for no particular reason or listless, try the 30-minute miracle meal. This is low fat, low protein, high carbohydrate snack. Think toasted English muffin with a dollop of blueberry jam seeping into all those nooks and crannies.

When high-carbohydrate foods aren’t bogged down by the presence of protein or fat, they allow an amino acid called tryptophan to flood your brain, where it morphs into serotonin, a neurotransmitter that boosts mood and curbs food cravings like chocolate.

As a bonus, it helps you tolerate pain and can even help you sleep like a baby. This can all happen in as little as half an hour.

You could also have a piece of whole wheat bread with some honey or a bowl of air-popped popcorn.

But skip the protein foods like cheese, chicken, or turkey, as they suppress serotonin.

If you feel you really need a chocolate fix, avoid the usually creamy, fatty kind and drizzle fat-free chocolate syrup over cut-up fruit or an English muffin.

When You Feel Dull

Now is the time for a coffee break. Within half an hour of drinking a cup of coffee, you get a mental boost which is why coffee is a definite when it comes to foods that boost your mood. Your nervous system gets revved and you feel alert and better able to concentrate. 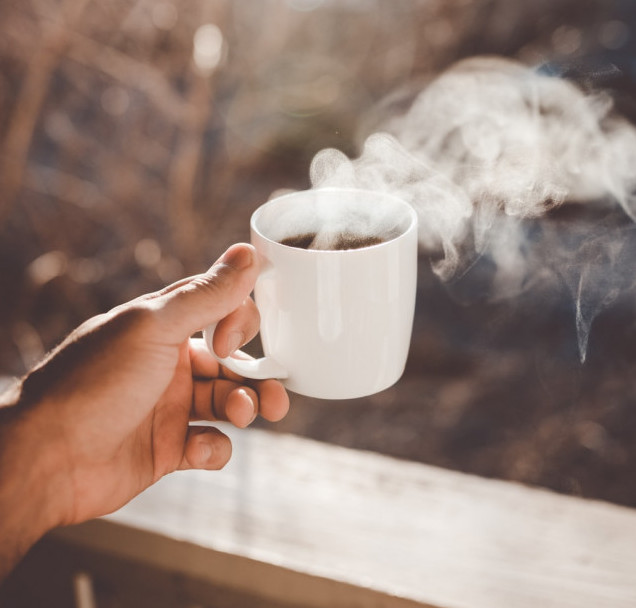 Even your reaction time is faster. The caffeine in your cuppa effectively short-circuits a nerve chemical called adenosine that blocks your energy boosting brain chemicals, helping to give you a healthy rush.

But don’t overdo the coffee either or you will be too buzzed to think clearly.

To maintain a pleasant temporary buzz, limit yourself to one to three cups of coffee a day, depending on how well you tolerate caffeine.

Watch your portion size as a mug is normally bigger than a cup which is the case with most servings in coffee shops. If you have trouble sleeping, avoid coffee and other caffeinated foods and beverages before bedtime.

When You Feel Depressed

Various studies have shown that eating fish twice a week was associated with a lower risk of depression and suicide.

If you are concerned about mercury, fatty fish are relatively high in this metal which is linked to birth defects and developmental problems in children whose mothers were exposed during pregnancy.

Stick to wild Pacific salmon, shrimp, summer flounder, farmed catfish, croaker, haddock, and mid-Atlantic blue crab, all of which contain omega 3s but are low in mercury. Even kids and pregnant women can eat up to 12 ounces of these a week.

If you don’t do fish, try a fish oil supplement. Check with your doctor as to which are the best ones.

When You Feel Irritable

Caffeine may be a stimulant for some people, but it can make others irritable, especially if they are already depressed. Sugar which normally has a soothing effect can cause depression in some people.

So if you have a short fuse and are depressed, cut out caffeine and sugar for about a week.

If you feel better, add as much caffeine back as you eliminated for a week or two until symptoms develop. If you return to biting off heads, consider yourself off the stuff permanently, if not stir in the sugar and see if your symptoms return.

You could also try switching to artificial sweeteners or drink your coffee black.

When You Are Beyond Tired 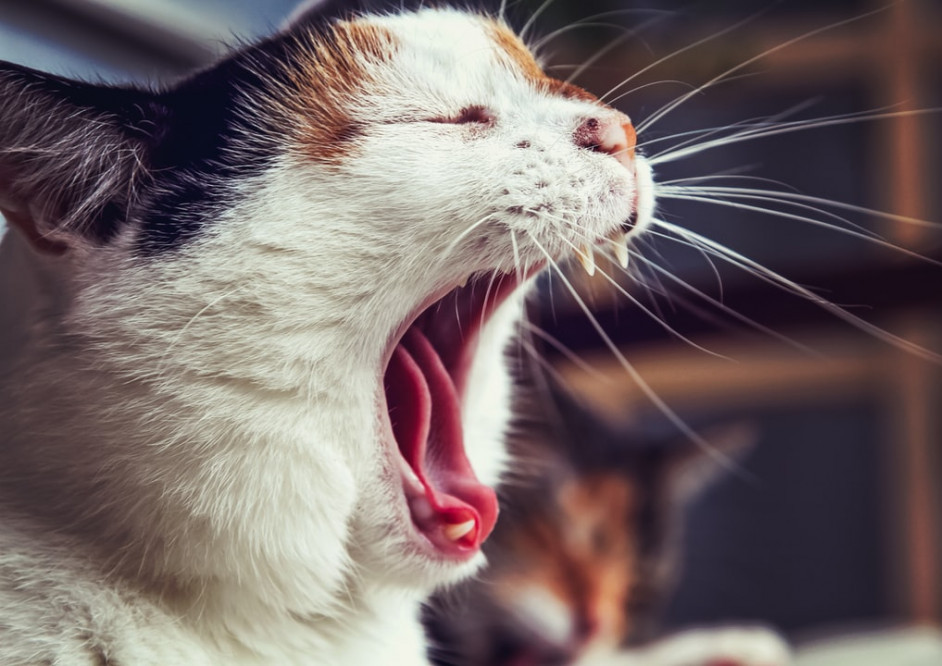 If you are too pooped to do the things you used to do, and too tired to care, see your doctor

Fatigue can be the first sign of a serious illness and it is also one of the first signs of iron deficiency and anemia, which is the most common deficiency in the world, especially among children. The cause is usually not getting enough iron from the food that you eat.

As good as beans, grains, and veggies are for you, the form of iron they provide is weak and hard to absorb. Most vegetarians absorb only 10 percent of the iron in their diet, while a diet that contains some lean meat, poultry, or seafood will deliver the average requirement of about 18 percent.

Animal protein not only contains more iron, but it’s a special form called heme that your body absorbs better than it does the iron from plants such as spinach. The other bonus is that the heme iron you get in with your meat helps you absorb any iron from the plant foods in your side dish.

If you are feeling listless and you have cut back on meat, try eating shrimp, lean beef, lamb, dark chicken, or turkey without the skin or fish or seafood in 3-ounce portions twice a day.

When meals don’t include animal protein, add a high vitamin C food such as citrus fruit or orange juice, melons, berries, dark green leafy vegetables, red or green bell peppers, or tomatoes to your meal. You’ll at least double the iron you get from the other plant foods at the same meal.

Adding a multivitamin with iron helps too.

When all else fails, wash away fatigue with a glass of water. Dehydration can also drain you of energy.

If you know of any other miracle foods that boost your mood, please feel free to comment below.

How To Cure Knee Pain At Home
How To Find Inner Peace And Happiness
Why Should I Drink Smoothies Instead Of Soda's?