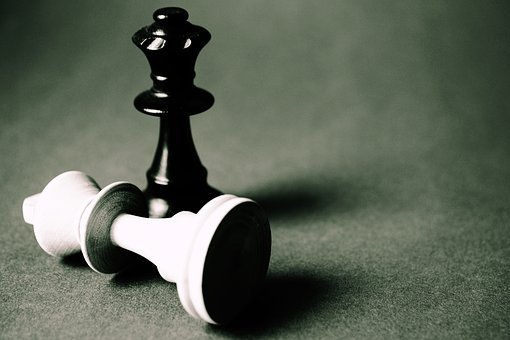 We all know how important it is to look after our brains, especially as we age. Here are some different types of brain boosters you can add to your daily life to decrease the chances of getting Alzheimer’s or Dementia.

If you scroll down to the bottom of this article, I have some brain booster supplements that you can try. If you want to find out more about them simply click on the picture.

This post does contain affiliate links, which means that I will make a commission if you decide to purchase anything here.

A childlike mind helps recall say Ohio State University scientists. They showed kids and college students pictures of cats, birds, and bears. Later on, the youngsters remembered the exact animal 31% of the time, and the collegian’s accuracy was 7%. The kids’ results say everything. They remembered specifics that helped them later. When adults saw a cat they categorized it as a cat and failed to notice whether it was a tabby or a siamese. The trick is to study the details that will help jog your memory later. 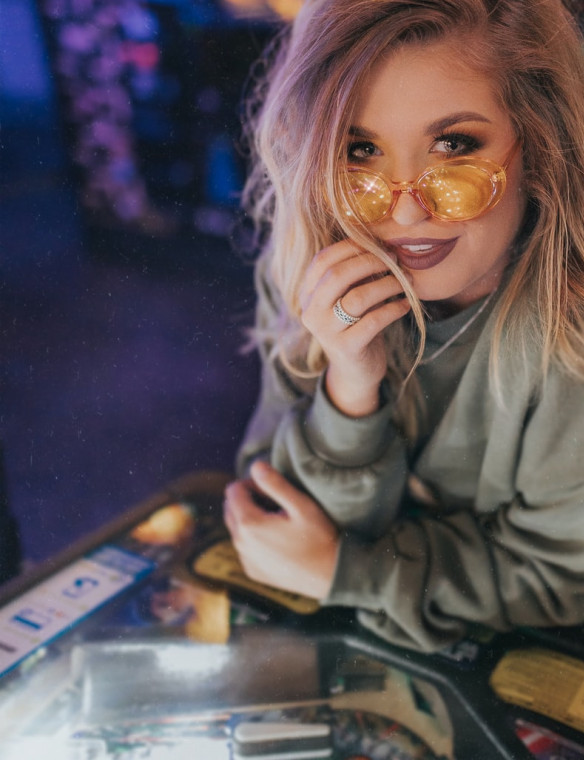 Itching to dust off your bicycle, or drag out the monopoly board, well do it all now.

Other great games for the brain include chess, scrabble, and Trivia Pursuit.

Active fun could safeguard your brain, and the quality of your life against Alzheimer’s disease for decades to come.

Researchers at Case Western Reserve Medical School in Cleveland compared the leisure time activities of more than 550 people, nearly 200 of whom went on to develop Alzheimer’s.

They found that those who had engaged in stimulating activities throughout their life from reading, doing crossword puzzles, and playing bridge, chess, or board games to visiting friends, practicing a musical instrument, and bicycling were 2.5 times less likely to get Alzheimer’s.

Intellectual pastimes such as enjoying books, games, and music seemed to lower risk the most. So did physical pursuits such as team sports and walking.

Unfortunately, being glued to the TV seemed to increase the risk of Alzheimer’s. This is because watching TV does not involve active learning.

Activities that involve learning and thought may discourage the formation of the plaque found in the brain of Alzheimer’s victims. Active brain cells maintain better blood flow and structural integrity and more connections with other brain cells.

Previous studies have found that education and work that requires learning and thought also seem to lower Alzheimer’s risk. So never stop learning and growing.

Of all the things you’ve got on your mind, work bills, that weird stain on your blouse, your mind probably isn’t one of them. but now that you’ve started blanking on your own cell phone number and freezing when the ATM asks for your PIN, maybe it’s time to start thinking about it.

Your brain tissue is steadily being chipped away, some of it by the natural aging process and some of it by such brain shrinkers such as stress and cigarettes.

Luckily there are ways to strengthen your brain like the way in which you build your abs. All it takes is a quick seven-step diet and exercise plan designed to boost your memory, attention span, and all the other things that will restore your skull-covered hard drive to its maximum power.

Use the brain booster activities to keep your mind and memory sharper than ever. 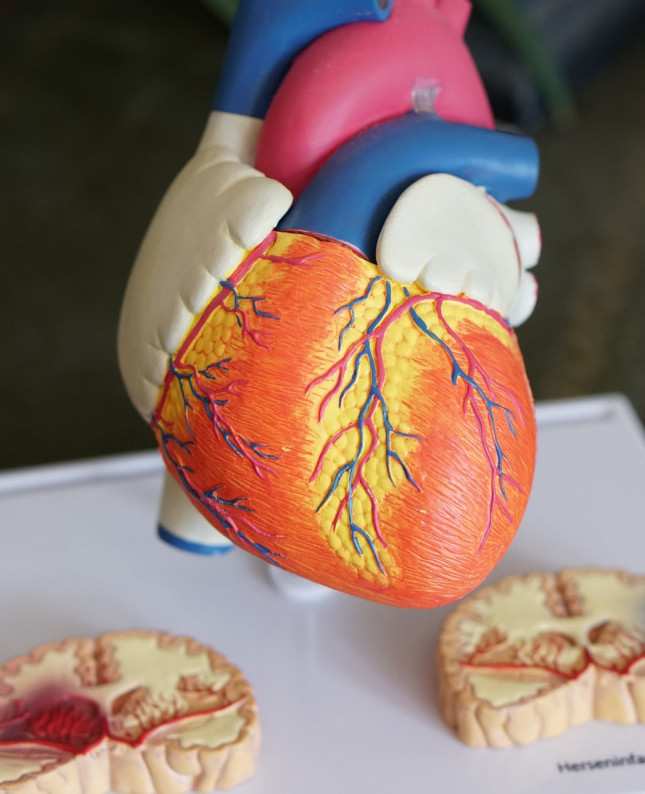 The reason you misplace keys and other everyday items is that normal aging shrinks neurons and drains neurotransmitters.

But getting your heart rate up can reverse this process by increasing blood flow to the brain to improve memory and overall brain function.

Professor Arthur Kramer examined brain structure before and after fitness training, and we found increases of brain volume in a number of areas improved by 10 to 15 percent on a variety of memory and attention task exercises.

Did you know that you can reap rewards from as little as walking 30 minutes three times a week?

Hauling your 80-pound shoulder bag can leave you tired and carrying whiny kids can leave you frazzled. But both may injure your back and your brain in the process.

A recent Northwestern University study found that people who suffered from chronic back pain lost up to 1.5 cubic centimeters of gray matter per year. That is because the area of the brain that copes with the stress of the pain becomes depleted and dysfunctional enough to affect emotional decision-making.

The best way to beat back pain is to build muscle in your lower back and abdominals to support the spine. Try the reverse trunk curl by lying flat on your stomach and folding your hands under your chin. Lift your chin and chest off the floor about 3 to 6 inches and aim for three sets of 10 to 15 repetitions three times a week.

A body mass index below 25 not only means you’ll look great in a bikini but that you’ll be more likely to remember that you do.

A recent Swedish study found that women who had a BMI of 27 (25 – 30) is considered overweight) were more likely to experience loss of brain tissue in the temporal lobe. This is your brain’s main hub for memory function and one of the first areas affected by Alzheimer’s. That’s because extra fat generates more chemicals that can be toxic to your brain says Deborah Gustafson Ph.D., the lead study author and assistant professor at the Institute of Clinical Neuroscience in Sweden.

One class of these chemicals called free radicals latches onto cells, disrupts the way they function and can kill them.

Aging naturally chews away at your memory, but excess fat may speed up the process. For each point that your BMI increases, your risk increases 12 to 16 percent.

If you decrease your body weight, you’re going to slow potential atrophy. In addition to your frequent 30 minutes walks, get yourself a pair of dumbells and start lifting. 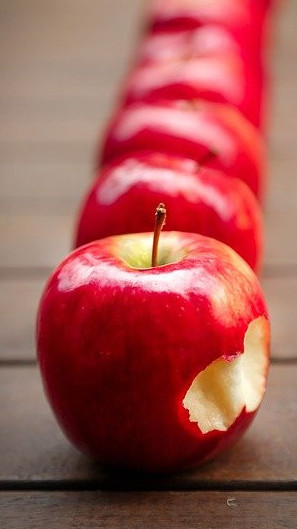 Eat one a day and keep. your neurologist away.

It was recently discovered that animal brain cells treated with the antioxidant quercetin were able to resist damage from those brain-frying free radical cells. We know that Quercetin commonly found in apples has a great potential to protect against chronic diseases, including Alzheimer’s says Change Lee, Ph.D., the principal study author and chair of the department of food science and technology at Cornell.

Since fresh apples contain high levels of quercetin, Dr. Lee suggests that one a day may help combat neurodegenerative diseases.

Other foods high in Quercetin include onions, plums, and berries.

Set up a Kandinsky painting as your desktop wallpaper and it’s like 10 pushups for your brain every time you look at it.

Researchers from the University of California at Davis found that the brain first detects recognizable patterns, such as shapes and lines, and then starts to break down new and different elements. Taking in an eyeful of complex images may ultimately help slow natural brain deterioration, says study author Scott Murray, Ph.D. a researcher at the University of Minnesota.

Look at a painting that actively engages your thoughts. It’s far more challenging and better for your brain than staring out a window which likely offers familiar views and much easier interpretation, Dr. Murry says.

Boost Your Brain With Language

Knowing how to say Yo Quiero Taco Bell versus knowing how to order your whole meal in Spanish may mean the difference of a few brain cells. A recent study from the University College London found that Bilinguals have more gray matter than monolinguals.

It appears that gray matter which is critical for performing simple as well as complex tasks is shaped by what we can learn and by our experiences in general says Andrea Mechelli Ph.D., the lead study author. Even people who picked up a second language at age 35 show an increase in gray matter density says Dr. Mechelli.

The easiest second language to learn is the one you’re most likely to encounter. For most that is Spanish. Find a way to immerse yourself in situations where people are actually using that language. For other ways try community college classes or go online to look at foreign newspapers that have illustrations to help you understand.

Boost Your Brain By Shopping

In a recent study of 1,000 participants, researchers set out to find out why 75-year-old women tend to maintain better brain function than 75-year-old men. The result – they shop.

That’s because shopping requires more physical and mental activity than sitting around and watching golf. They are being physically active and mentally active and tend to see themselves as having a role to play in life says Dr. McKhan.

Deciding what to buy and for whom and how much to spend is one way to keep your brain and your eye for a bargain active on weekends.

Here are some great brain booster supplements that you can purchase online, simply by clicking on the images. It always helps to get some help in the form of supplements, as our eating habits don’t always provide us with enough nutrients to keep us running optimally all the time.

Why Don't People Take Care Of Themselves?
Foods That Boost Your Mood Without Making You Fat
5 Stages Of The Aging Process