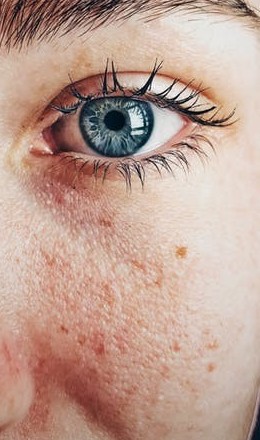 As we get older, we find ourselves facing different health and physical appearance issues. One of them is Rosacea, and in this post, I am going to look at best cures for rosacea and what self-help we can give ourselves to aid this condition.

Rosacea is a skin condition that appears on many peoples skins but is basically beyond anyone’s control. 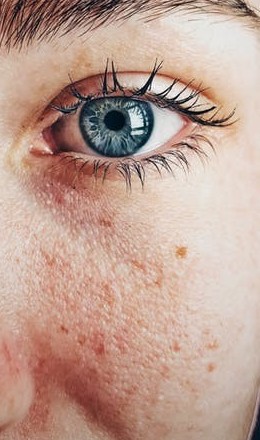 It is a chronic skin condition that affects mainly the face. Sometimes it may involve the eyes and the eyelids (ocular rosacea).

Anyone can develop rosacea, although those over 30 years old are more prone. It is also more common in those with fair skin and light eye colour. Often, there is also a family history of rosacea.

It often starts as a flushing (redness) of the cheeks, nose and chin that comes and goes from time to time.

Later, this redness becomes permanent and fine blood vessels begin to show in the areas of the redness. The redness becomes thicker and more noticeable with time, especially if no treatment is undertaken. Eventually, the Rosacea becomes purple in colour. This is then too late to start seeking out best cures for Rosacea.

Rosacea is one of the most misunderstood diseases there is. It also doesn’t help that sometimes people’s faces get so damaged that they won’t even talk about their problem.

This skin problem is characterized by severe redness of the skin on the forehead, cheeks, nose and chin. There can also be an appearance of purplish or reddish discolouration, permanent enlargements of small blood vessels and an enlarged, red and swollen nose.

Unlike acne, there seem to be no hormonal imbalances or blackheads/whiteheads.

All rosacea can offer is a totally confusing set of symptoms and triggers. Some people mistake the redness that develops for sunburn or flushing.

Besides the redness on the skin of the forehead, nose, cheeks and chin, people affected with rosacea may also suffer from watery eyes.

Other symptoms that can appear on the face include papules (bumps), pustules, and nodules. All these tend to come and go with time. Unlike acne, these pimples when pressed do not spat out pus or whiteheads, but rather secrete clear liquids.

Women are more affected by Rosacea than men in their earlier years, however, more men progress to the advanced stages with they get past the age of forty, mostly because they fail to seek out the best cures for Rosacea when it first starts.

Rosacea is one of the most common skin conditions in America with a 1 in 20 ratio.

Rosacea is difficult to manage because of its sporadic nature. Although Rosacea doesn’t present a major health hazard, it does cause some discomfort and loss of self-esteem.

If you suspect you have Rosacea, get treatment, as the earlier you start with a treatment, the better you will be able to control the outcome. If you leave it the condition could worsen and you could end up looking a lot worse.

Dermatologists, despite having the knowledge in managing this skin disease, still cannot pinpoint the exact cause of rosacea.

Here are some things that can or may trigger Rosacea:

There is still no conclusive reason why people get rosacea and it is not contagious at all, but the best cures for Rosacea are somewhat elusive at this point.

When left untreated, rosacea can worsen. Thus, it is important that you find out what your triggers are as early as possible and get some form of treatment.

Those with only mild symptoms can simply avoid contact with their triggers, which quite possibly could be anyone on the above list.

Because there are so many triggers, it is sometimes hard to recognize which triggers relate to the flare-ups. This is especially true if there is more than one trigger. Triggers can be anything from the heat of the sun to an eggplant. Here are some tips to help you hunt down what is causing your flare up. 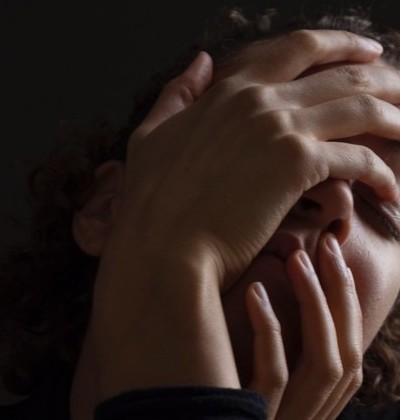 This is the only way you can determine what your triggering factor is.

Remember also that observing just once is not enough. You have to be sure that it is the trigger by testing it.

When you have narrowed down the possible triggers or you already have your suspicions, check your theory by deliberately exposing yourself to the factor and see if your rosacea flares up or not.

Another way to easily see what factors are triggering your rosacea flare-ups is to keep a journal of the foods that you eat and things that you do. As much as you can, try to include the factors that are listed on the most common list above.

There is no definite cure for rosacea yet, but more and more products are being created to manage the disease. In fact, dermatologists now recognize a prelude to rosacea called ìpre-rosaceaî where treatment can be done even before the skin disease is full blown.

Several topical and oral medications like antibiotic creams and gels can help tame bumps and pimples while laser therapy can fade redness and swollen blood vessels and control flushing while lessening skin discolouration.

Here are some products that you can purchase online that don’t require a prescription that may help you. Most of them are made of natural products, which is always best for most skins. Click on the picture to find out more.

Aside from taking these topical and laser treatments, most dermatologists agree that the best cures for rosacea lie in the person’s lifestyle and especially in their eating habits.

Reduction of stress levels and direct exposure to sunlight must also be avoided. When people are stressed, they are more likely to increase their hormone levels that may trigger the outbreak.

For people who suffer from rosacea, it is very important to learn the current and future physiological and psychological effects rather than focusing too much on the aesthetic aspect. It is also equally important for the rosacea patient to get support and advice from family members and relatives in combating this skin disease.

How Is Rosacea Managed?

Best cures for Rosacea can be in the forms of medicines, which can either be topical or oral. Usually, doctors will give topical medicines to see its effects first.

Oral medicines, on the other hand, are closely monitored because of the side effects they can cause, like for instance steroids. Some medicines are also given in tandem with other forms of treatment like laser therapies, which are actually very effective in reducing the incidence of Rosacea.

Despite these, there are a lot of other medications available for rosacea patients precisely because not all people react to the problem in the same way.

The most effective line of defence is, of course, to avoid the triggers altogether.

Those whose Rosacea is triggered by heat and sun exposure must make sure that they have umbrellas and hats when they leave the house.

Others will have to try and pick their food carefully to make sure that they will not eat any of their trigger foods.

Examples of medications that have proved to be effective are metronidazole and Azelaic acid, which both control the redness and lessen the bumps in rosacea cases. Another is sodium sulfacetamide which is used for inflammation. Other common skin medications like erythromycin and clindamycin are sometimes prescribed.

Strong steroids are avoided because they tend to worsen the symptoms. Sebaceous hyperplasias are treated with a light electric needle or a laser treatment. Prolonged use of topical steroids can have side effects like skin irritation and perioral dermatitis, which can normally be seen on areas around the mouth.

In extreme cases, doctors often prescribe topical and oral medicines. Some medicines used to treat acne are also used for rosacea like erythromycin and clindamycin.

There are also prescription cleansers that rosacea patients are prescribed with. Isotretinoin is one example, which is used daily for about four to six months. This is also used to treat acne problems. But like steroids, monitoring is essential here because of the side effects.

Women who are pregnant need to be very careful about what they use on their skins. 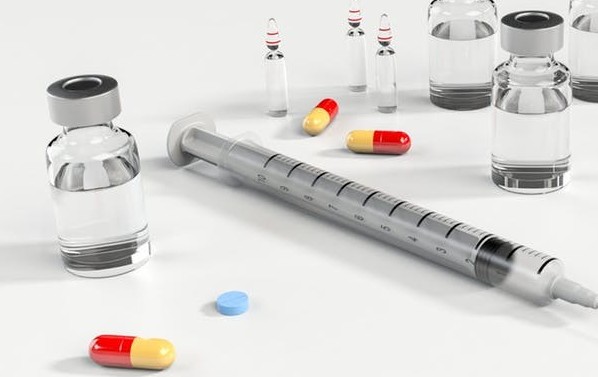 With the development of the laser, the treatment of the vascular part of rosacea (redness and appearance of blood vessels) has been revolutionized. The lasers selectively damage the abnormal vessels and improve the patientís appearance.

Most patients need multiple treatments with gradual improvements after each session. This is because each patient is different. However, there is an average of 3 treatments needed for the first year, with 1 or 2 treatments every year thereafter.

Doctors sometimes prescribe stronger medicines if antibiotics cannot do the control job. As a last resort, surgery may sometimes help your skin look better. The choices include dermabrasion, cryosurgery or laser surgery.

Oral antibiotics and some topical solutions can keep your rosacea under control. A photodynamic therapy can reduce redness and the appearance of the blood vessels. For patients with severe rhinophyma (ìbulbous noseî), laser resurfacing can be used to reshape your nose.

The red colouration and the abnormal blood vessels do not go away completely but conditions stop at getting worse. There are, however, significant improvements for all the patients.

During treatment periods, patients are to avoid drugs like Coumadin, aspirin, ibuprofen, vitamin E and some others. (All these have an effect on clotting.) Treatments do cause some discomfort but these are tolerated well by most patients.

Although the best cures for Rosacea may be to avoid the triggers, with your dermatologist’s help, its symptoms can be managed pretty well.

Why Are Vitamins Essential For Good Health?
How To Boost Mental Health
Best Healing Herbs For Optimum Health